I like your initiative Tom Mays to begin discussions around musical notation for new sorts of electronic instruments, especially for instruments that do not follow an acoustic instrument paradigm.

I hope the following comments, largely based on my work with the T-Stick (which does ‘not’ follow the normative instrument paradigms), will be of some interest.

– Some decision about music aesthetics should probably be made somewhat in advance of notating for the instrument.  What is the scope of musical types you intend to play with the KX.

– Through my experience with the t-stick, I have also seen how an abstract system can be easily learnt (not just by myself).  I’m talking about a tablature system that indicates hand position, tilt, etc – most importantly, a tablature system from which a single glance tells you where you have to be on the instrument.

For t-stick notation, go to:

– My feeling is that some dot and line systems simply treat the relationship between the musician and the instrument too literately and as a result,  some of the ‘interpretative magic’ is replaced by eye-to-line tracing – like the old bouncing ball, bouncing along the bottom of the screen indicating what word to sing next. 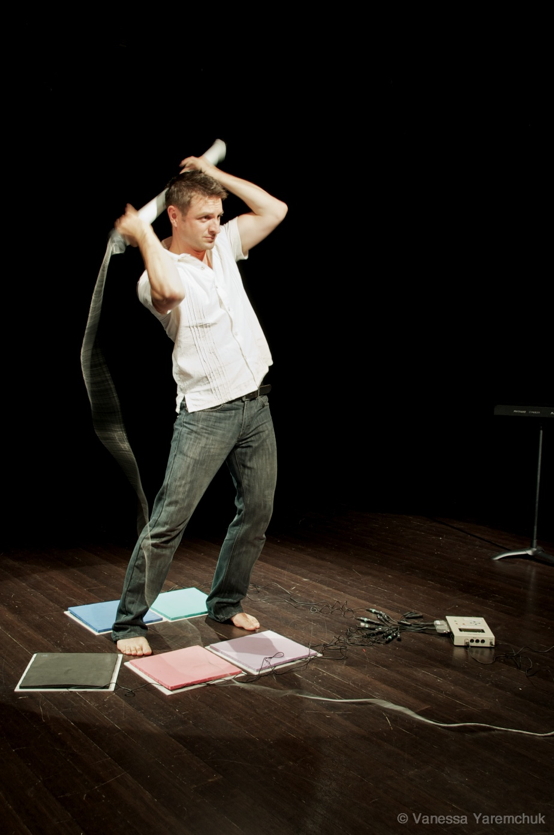 To see me play this gesture, closely watch the following: